After decades of commitment, there are still so many people that strongly need our help and so many things to do to preserve the unique nature of southern India. With all our dedication, we keep addressing ourselfs to all marginalized groups of our society as well as our flora and fauna.

We at RASTA are continuously developing new activities and initatives concerning a broad range of pressing issues to work for a more just and better future.

Women in our society are completely financially dependent on their husbands since they usually don’t get an opportunity to gain any kind of vocational skills or qualifications. Instead of practicing an income-generating profession they are considered to be housewives, i.e. their common task assignment is restricted to housework and parenting. This discrimination of women also extends to the job market. Even if a woman is allowed to go for work, the only jobs they can find are in farming, constructing and tailoring sectors where they earn far less money than men. But with regard to the poor families in Wayanad, an additional income by the wives would be an important relief. This holds even more true for widows and their families. For them an income-generating job is nothing less than vital.

The woman who helped in desert and in tropics 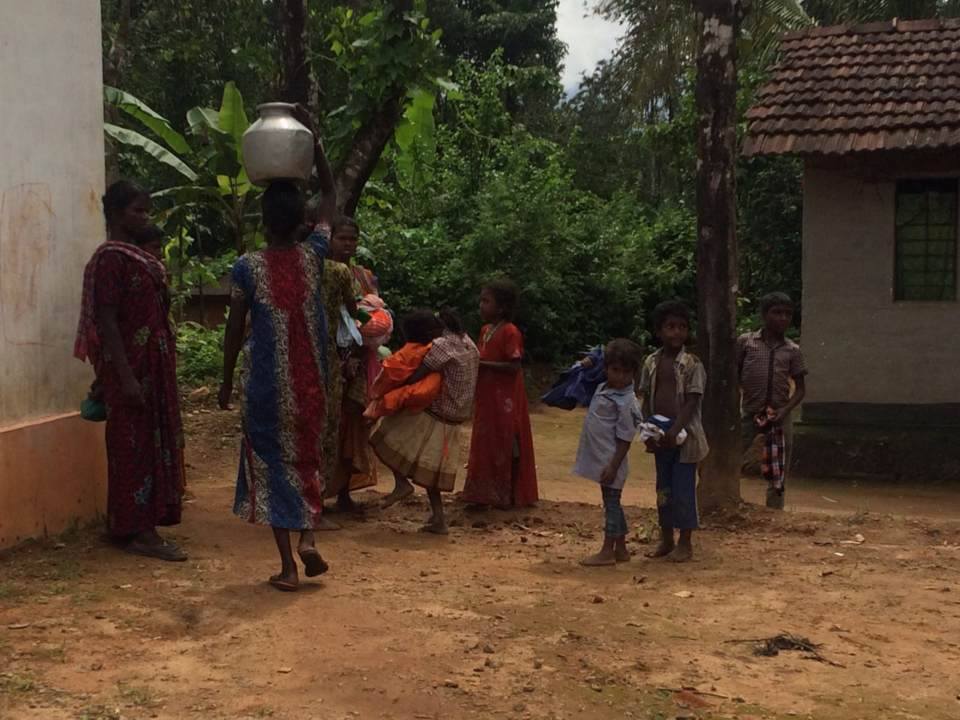 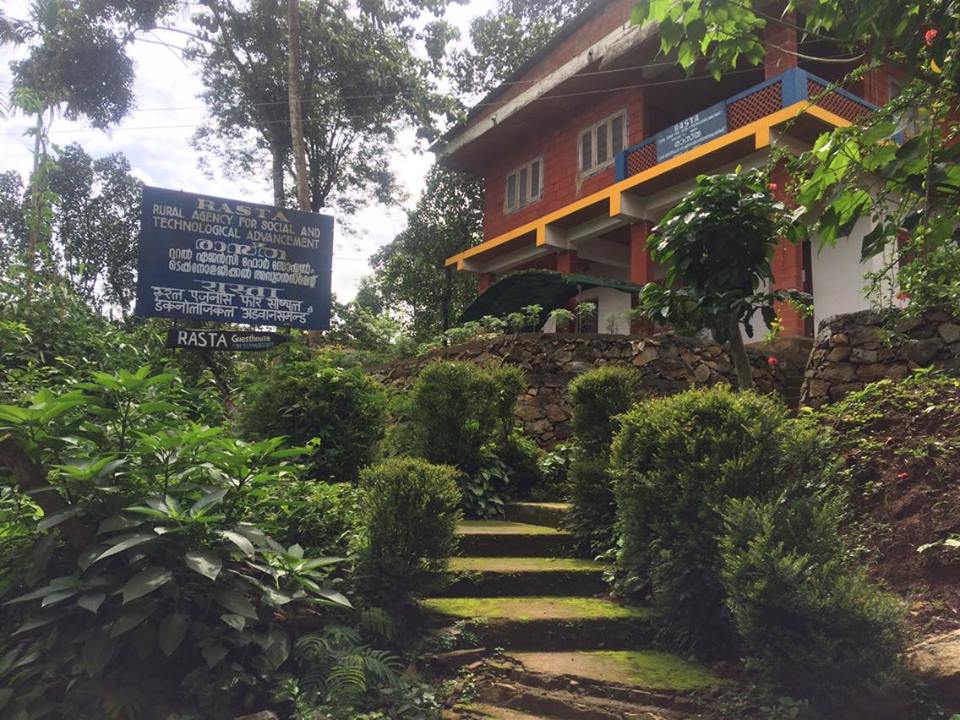 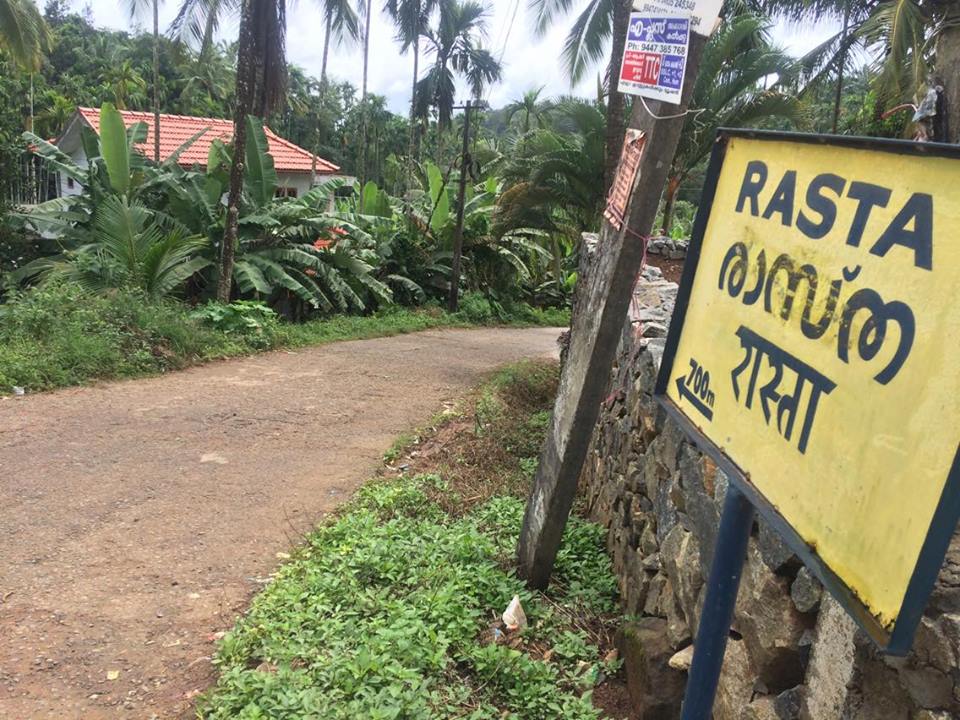 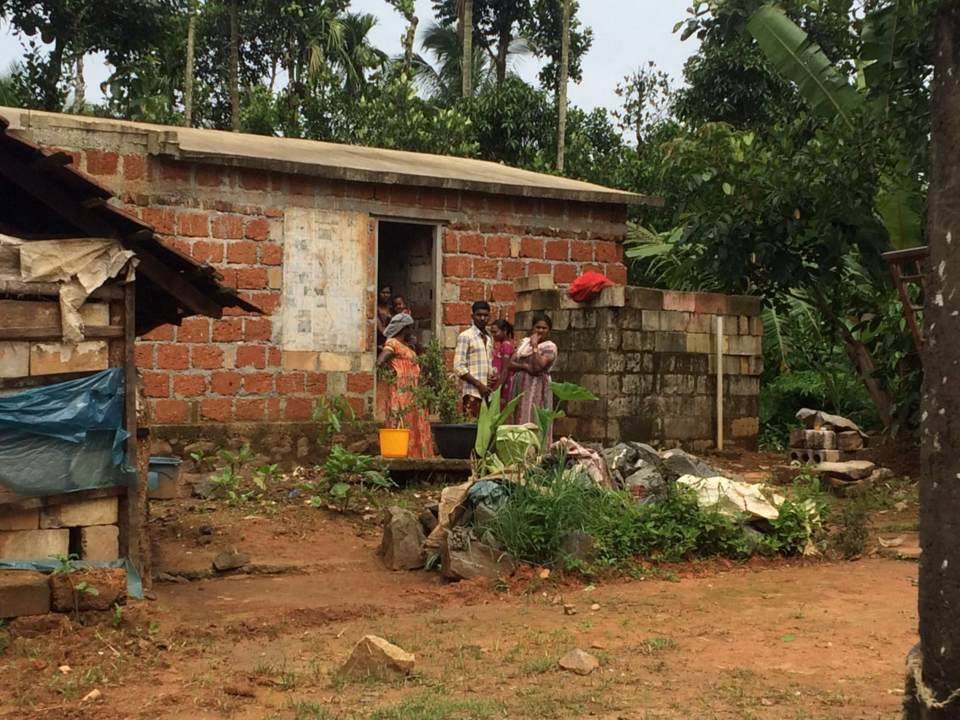 For each 5 minutes of conversation, Omana smiles at least 10 times. We are in her house, on Rasta Road, in a small town in the district of Wayanad, Kerala (famous for its landscape and wildlife) where seven workers are doing renovations. It’s time for a new look after 30 years of non-stop work and no time for the house. The South Indian men wear lungis (cotton skirt-like garments) even for work and the family eats with the workers on the same table. Today we are going to eat rice, beans, chapatis and vegetables.

Her family comes from a rural community. It is a Hindu, eight-membered family and she is the youngest one. She spent her childhood in a district very far from Wayanad, where she studied typewriting and learnt Sanskrit. Her older sister was a government nurse and the one who told her to leave and study away from home. She went to north Rajasthan, which is where all Kerala girls used to go at the time.

“I remember once, when she came back home for the holidays I told her that I also wanted to leave, go with her, but I didn’t want to become a nurse. I also didn’t want to stay with my family whose living derived mainly from agriculture”, says Omana while we’re taking an afternoon tea. Just to think how difficult it is to fight for women’s rights in this region today, makes us think how complicated it was 45 years ago when she debated with her family about politics.

How did you start working Human Rights?

I was teaching Malayalam and English in my village. Each student used to pay five rupees and with the money that I gained I bought my first typewriter. It is then, and with the little money that I had saved, that my sister suggested that I visit her during the holidays for a while. I started realizing at a very young age that men and women aren’t that different. I was the only one, and therefore, heavily criticized about it. Everyone disapproved of my “man-like behaviour”. So, I went to my sister’s who had a very poor salary at the time. Because of that, she had joined this social organization where people were educated and participated actively in various charities and projects.

And at that point you joined Barefoot College…

When I went to that organization I loved it. I decided that I didn’t want to go back to Kerala. I wanted to stay there and help. Given that at that time, in 1976, there were no computers, knowing how to typewrite was important. I got a job as an assistant typing letters which was hard for someone like me who didn’t know how to write properly. I used to ask people to read out loud the handwritten letters that I later had to retype. After five years of working in that office, I asked my director to be transferred to some sort of community work. I wanted to actually work with the people. That is when I learnt Hindi.

How was the desert in the North for a girl from the tropics?

Even though the work was hard and the time was difficult (no drinking water, 8km walking) I loved the community there. I stayed for eight years. I was very happy with the women’s development projects we were doing. People however were illiterate. Women would cover their faces and people from different castes wouldn’t talk to each other. There was malnutrition and a lack of proper hygiene. There were so many diseases in the villages. I was very upset but I wanted to know the reasons behind all this as well as whether I could help them.

On the other hand, Kerala is a very developed state, but we still have the Dowry system: families will give money, property or goods to the groom upon marriage. My family didn’t have money to marry any of the five daughters.

How did you end up coming back here?

In that organization, I found my husband. We were working there together. After one year, I got pregnant and I got really sick. I got malaria nearly five times in one year, I couldn’t eat and most of my hair had fallen off. I couldn’t drink the water, I couldn’t bear the climate and I couldn’t eat the food. Everything was affecting me in a very bad way so I was always tired and at age 25, I couldn’t work. After eight years away from home, I started feeling homesick. I wanted to go back to Kerala and continue working there. Out of the fourteen Kerala districts, we selected Wayanad because of the illiteracy level and the amount of tribal communities in the region.

How was the region when you arrived?

When we finally came here, there was no electricity, no water and the road network was minimal. We worked a lot with the community to make roads and then to get electricity. We ended up sending all these letters to the electricity board just for that. It’s been only fifteen years that Kambalakkad has electricity. Then we started working with the schools and the local tribal communities.

And how did RASTA help?

We constructed houses for the homeless people who were staying under plastic sheets and coconut roofs. We contacted and worked with the government in order to build two-hundred houses.

Then there weren’t any toilets in the houses. It was RASTA who installed two-thousand toilets in the community and who found a way to bring water from other areas for flushing.

We saw the micro-credit work with women. How did it start?

I learnt this system in North India. I was travelling to other organizations; I saw this system and decided to try it here. I started with the nearest houses, the local women, and we created a group. Each woman would give five rupees every Sunday and we started off with 40 women. It is money that they didn’t want to keep in their house, afraid of having them taken by their husbands. This money would be put into one account so that whoever needed it could go directly to the bank. The women would decide how to use this money and how to spend it in the future. Any one of them could get a loan from this account and repay it monthly with a small interest.

We wanted to be organized and have proof of everything we used for everyone in the group to know. For the first four years, I was the one who was keeping all the books and doing all the paperwork.  Then, after we reached two-hundred members, I taught the others. There weren’t any leaders, only presidents and secretaries in order to document everything. We created groups of fifteen to twenty women of similar educational level.

It’s curious that after 8 years there were fewer suicides from family members who used to owe money.

How does religion affect Rasta?

We are not a religious organization. Our policy is that we are human and all equal. The community however is different: Hindus, Muslims, Tribal. There were people who weren’t happy with our work because of their culture and their religion. They used to ask why I was taking women out of the kitchen and outside of the household. Women in India grow up to become wives and mothers.

The community was saying that we were not respecting men and that women shouldn’t join us. I ended up bringing to them everything from our meetings in order to prove that we weren’t disrespecting men, we didn’t care about religion or castes. We were helping and empowering women. That was our goal. For example, on HIV day (the 1st of December) of 1993 nearly 2000 women made a rally as a protest. People from the community and the political parties didn’t like it.

Do you plan to continue working in Wayanad?

In India there are twenty-five states. I’d work anywhere else, but I was born here.

Kerala is the most developed one. The highest numbers of growth and improvement for the MDGs were in Kerala and the men-women ration is much better here. They don’t kill kids if they’re born girls.

However many donor agencies want to go to the North because there’s more money there-more funding. Even if there was development, the agencies and the government withdrew their money from many local NGOs, something that makes it difficult to continue.

But RASTA will continue. Because people need RASTA and RASTA needs the people.